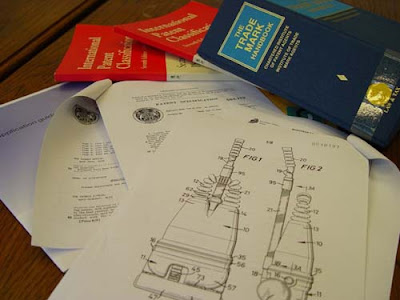 Many apologies not not posting lately, but some very interesting devlopments have been happening at work. One of these includes coming across a very rare book indeed. It is Henry Bradbury's first nature-printed work from 1854, and includes 21 colour-printed nature-printed plates in a printed portfolio wrapper. I will be posting more details on this book later, but in the course of researching it I came across some rather unsettling (to put it mildly) library news.

The book itself seems to be related to a patent application by the publishers Bradbury & Evans, and thus I contacted Steve van Dulken at the British Library (see his excellent blog on patents here) for more details. He said that for conservation reasons the British Library no longer permits photocopying of patent specifications pre-1900, but that I should contact Leeds Patent Library.

Thus I duly did, and it turns out that in 2004 Leeds Patent Library had to move offices and were unable to hold their hardcopies of patents. Therefore they gave them away (for free!) to Univentio, a Dutch company mainly interested in current British patent applications, with the proviso that the older ones would eventually be digitized. In 2005 Univentio was taken over by LexNexis, who had no interest in this at all, and apparently all of the hardcopy Leeds patents have now been dumped.

As a tax payer I cannot quite believe financial incompetence of giving away public assets for free; as a researcher and historian I cannot believe that we gave away our heritage for free.

Unbelievable - especially as it is possible to make a living by selling such a collection; just ask Maurice Stroh. 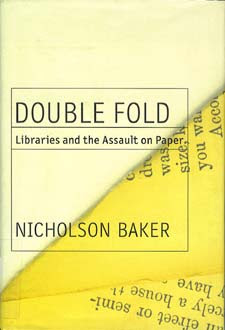 Of course one shouldn't necessarily be surprised. Nicholson Baker has documented at length what he calls "Libraries and the Assault on Paper" in his excellent book (and must read for anybody interested in books) The Double Fold.

There is a happy ending. Leeds referred me to Sheffield Patent Library There, an extremely helpful lady by the name of Paula told me that Sheffield still had all their patents in hardcopy. They are stored offsite, and library staff make a journey twice a week to get the relevant material. They will photocopy the relevant patent application for you for the princely sum of £1.50 handling fee and 20 pence per page. I will be receiving my requested photocopies of Bradbury & Evans' nature-printing patent application in the post in the next day or two (Royal Mail strikes permitting). Now that is a public service well worth paying for and well worth keeping.
Posted by Marmarth at 01:50